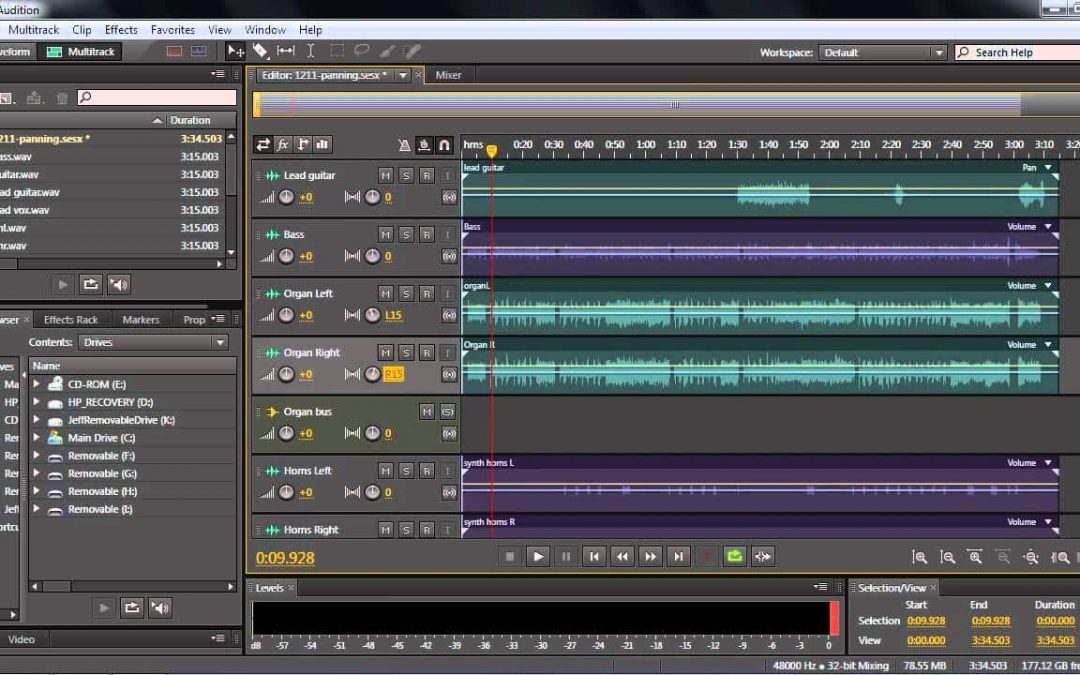 A vocoder effect makes a musical instrument or sound mimic your voice. A short, slowly spoken voice recording works best. It acts as the carrier wave and is modulated by the instrument you choose. Adobe Audition, my go-to editing program, comes with a vocoder. It’s built into the multitrack section under effects. Here’s a vocoder video tutorial by Jason Levine. It’s part of the excellent Total Training DVD for Adobe Audition 1.5. I definitely recommend that training DVD which I think is still available on eBay. Jason uses the vocoder for the great intro clip that loads when you first launch Adobe Audition’s multitrack feature.

The vocoder is a great effect and can add some unique aspects to your audio production, especially for gaming audio. Have a listen:

The audio I posted includes my original voice clip and the vocoded effect using a guitar loop. One portion has a dry voice recording saying “voice over services”. I enhanced that with the vocoded version of the same phrase on a separate track. I also added a cello wav file, which is great for modulating the voice. (The cello is probably my favorite instrument. Incredibly expressive.) The last part of the audio file is the vocoded phrase I created with the cello as the modulating track. Brilliant sounds. I love to play with this stuff. And now you can too!