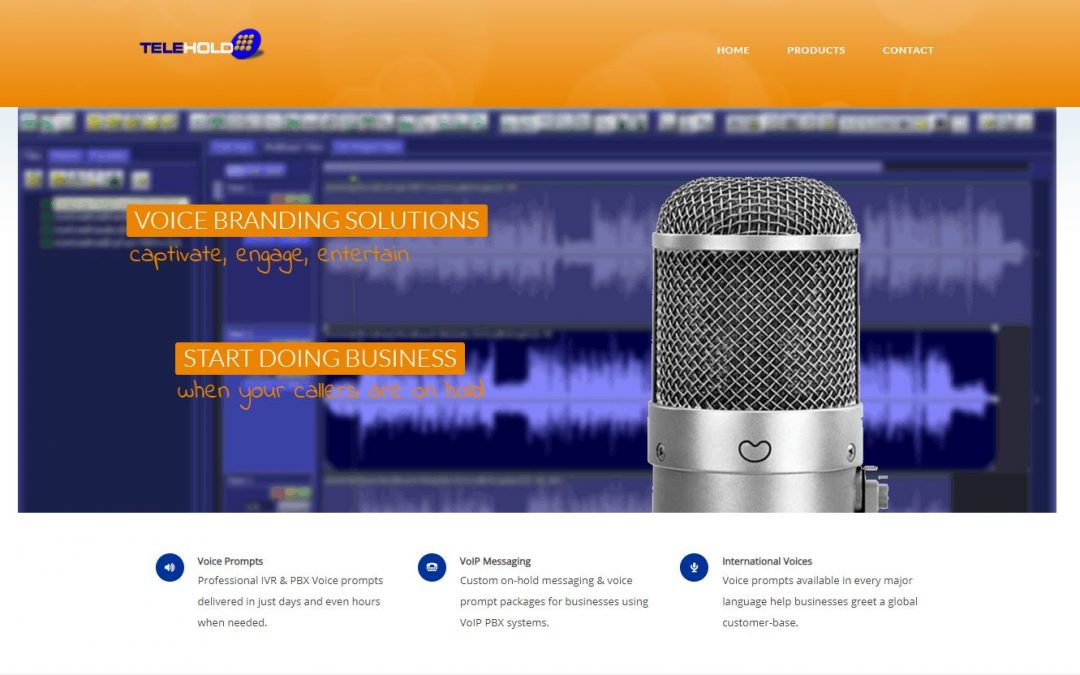 The company launched in the 1980s primarily providing message on hold services for large and small companies. By playing messages on hold, which Telehold describes as “your own radio station on hold,” companies were able to start selling to customers the moment they were placed on hold. Today few savvy companies waste precious on-hold minutes by broadcasting radio ads describing other businesses’ products and services.

Continuing a tradition of maximizing resources, Telehold expanded from the telephone to the web, as well as brick and mortar stores. Using professional voice over talents – like yours truly – Telehold produces audio messages not only in English, but also in Spanish, French and other languages. Its clients includes all types and sizes of businesses, from local hardware stores to major corporations like Johnson & Johnson and Disney Home Entertainment.

The people at Telehold are friendly and professional experts in digital audio production, encoding and distribution. Visit Telehold today to learn more about the diverse possibilities available through audio marketing. Be sure to listen to their various messages as you click through the web site to hear effective web audio in action.