Adobe Audition CS5.5 For Mac and PC Is Here 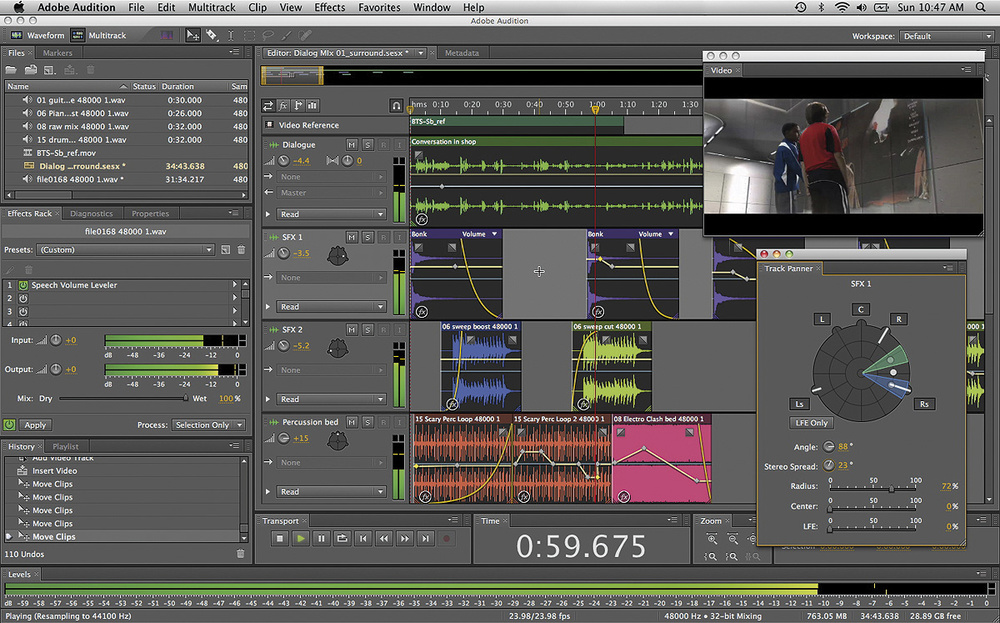 The wait is finally over for Mac users who wanted an audio editing program that is more robust than Soundbooth, but less complicated and expensive than ProTools. Adobe Audition CS5.5 has gone native! Audition now runs on both Mac OS and Windows PC platforms. Also new to this version is 64-bit support for presumably faster processing, high-performance audio engine which allows background processing in multiple sessions; native 5.1 multichannel support, and improvements on the already outstanding noise reduction capabilities available in Adobe Audition 3.0.

Check out this Adobe Audition CS5.5 noise reduction video from Sonic Orb Studios. (This is a 2018 update since the original video I had here is no longer available.) Sonic covers, not only noise reduction, but some EQ adjustments after to recapture some of the fullness of the voice that can be flattened after noise reduction.

Sadly, these improvements come at an unusual cost. I don’t mean the price which is reasonable IMHO at $349. For some reason, Adobe decided not to implement some key features previously available in Audition including: MIDI support, tone and noise generation, video thumbnails and export, pitch shifter, my beloved vocoder effect, and CD burn (which makes the least amount of sense). Although other programs or plugins might replace some of these lost features, their lack in this Audition upgrade diminishes what I think was previously great all-purpose audio software. Adobe Audition 3.0, the older version, could handle audio recording, editing, mixing, mastering and MIDI sequencing all in one easy to use program.